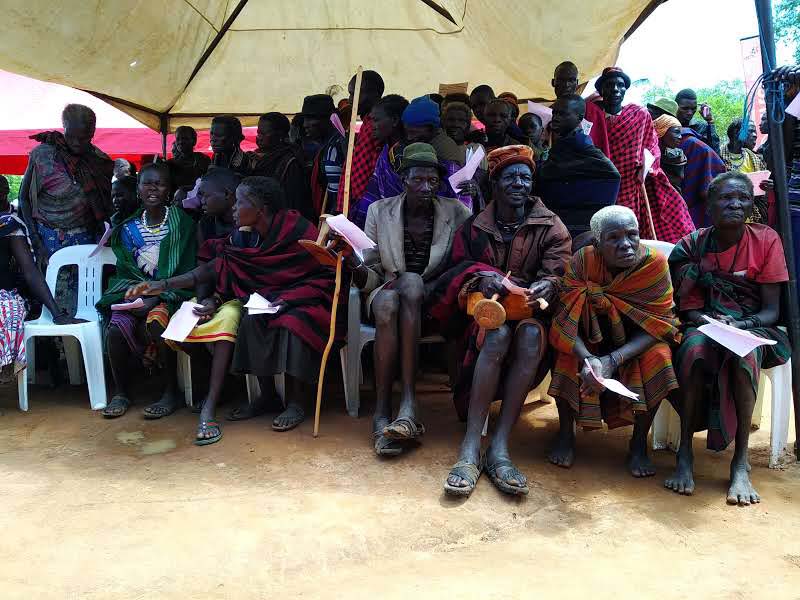 A woman walked from her village in Kalekori, a neighboring sub-county, with her baby wrapped protectively in a shawl. Her baby was in distress and she was hoping to get some help. She felt her baby was slowly slipping away from life.

The child was constantly whimpering in the arms of the mother and appeared distressed. The eleven months old child had previously been diagnosed with hydrocephalus, a condition commonly referred to as water in the brain. This buildup of fluid in the brain typically causes increased pressure in the brain leading to a slew of symptoms that cause great discomfort for the infant. Some symptoms include; eyes that appear to gaze downward, irritability seizures, sleepiness, vomiting, devastating headaches and a significant enlargement of the head.

The mother had gone all the way to Mbale National Referral Hospital, a hospital that is well equipped to handle such cases. She was discharged and told to get treatment for her child that she couldn’t afford at that time.

She sought help in many places, including a traditional healer but all was in vain. Through a community drive, she heard about the outreach. She made an effort to be at the health camp as early as possible. Early in the morning, before the cocks crowed, she strapped her ill child on her back and walked the long distance, arriving at the health center where the camp was taking place before the volunteers arrived. Indeed, she was among the first to be seen at the children’s clinic.

She was attended to by Dr. Dickson, a clinical officer based in Kitgum District. Dr. Dickson quickly realized that what ailed the child was a serious case that could not be treated at the health camp. He also learned that the mother had failed on numerous occasions to go back to Mbale hospital due to her finances. He mobilized the team leaders of the camp and other volunteers, told them the story and they sympathized with the mother and child. A quick hat was passed around the volunteers and a total of two hundred thousand was collected for the treatment of this child. The mother was told to prepare and go to Mbale hospital at once and advised to report back to the In-charge of Nakapelimoru Health Center III. She was grateful for the help given and promised to give a progress report to the In-charge.

The recently completed health camp in Nakapelimoru, Kotido District brought young and old, seeking treatment for the various illness that they had. Besides the obvious, there were other activities that brought much needed information about hygiene and sexual education to the demographic that needed it the most, the young people.

The first day of the camp had many of the youth shyly giggling, and looking on wide-eyed and quietly at some of the information that they were getting from the facilitators.

During the session of menstrual hygiene, the facilitator, Fiona Okiror, talked to them about keeping cleaning, the importance of speaking up when one was in their period and finally taught them how to make reusable sanitary towels. The girls were extremely excited to get something that they could that was sustainable and they gathered around to make their pads from the materials that were provided for by Hind’s Feet Project.

According to UNESCO, one in ten girls across Africa misses school due to menstruation before eventually dropping out altogether. In Uganda, research conducted by Oxford University in 2016 found that where sanitary pads and menstrual hygiene education wasn't provided. In 2015, the Organization for Economic Co-operation and Development (OECD), calculated that female literacy rates in Ugandan primary schools lag at 49 percent compared to the 69 percent for males, with gender gaps widening once children reach secondary school. So this program was required.

One of the girls, 14 years of age, shared some of the challenges they face during their menses, including the lack of basic underwear and zero support from the male counterparts of their family.

She asked the facilitator, “You are teaching us to make pads but we don’t have panties. So what do we do?”

The facilitator asked the young girl to elaborate and the girl stated that most of the girls possessed only one underwear and they usually reserved this for that time of the month. This provoked the facilitators and team leaders to look into providing underwear for the girls in the subsequent outreaches.

Make a small contribution in improving health information in communities

Community Health and the Incarcerated

A case of gender and menstrual health